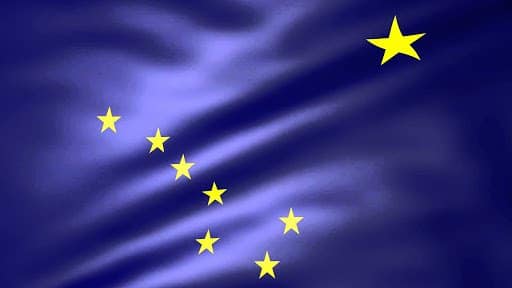 The parents’ monthly or annual gross incomes from all sources will be tallied when deciding the monthly monetary figure paid in Alaska child support. Unemployment, benefits, and other items are also factored in when determining child support payment amounts.

A parent with primary custody is entitled to receive child support from the non-custodial parent.

The amount of Alaska child support that a primary custody holder can expect is determined by:

In a shared custody arrangement, the child lives with each parent for at least 30% of the year. The parents will have an agreed upon visitation schedule in their Alaska child support order that outlines the time parents spend with the child.

Cases of shared custody often see parents spend a large percentage of money on the child. Both parents have equal time with the child which means they will spend money on food, clothing, shelter, and other expenses. It is almost as if the parents had not separated. It is assumed by Alaskan courts that the amount of money spent on a child in shared custody is higher than the amount set out by child support guidelines.

Courts calculate the support amount for each parent based on their parenting time share in a shared custody case. Then, the court subtracts the parent with the lower income from the parent with the higher annual total. The difference between the figures is then multiplied by 1.5. The sum is the total child support amount the higher earning parent pays to the lower earning parent.

Alaskan courts require at least one of the child’s parents to provide healthcare coverage for the youth. In most cases, the parents will be ordered to share the cost equally. Payments for healthcare fall outside of child support parameters and is tacked onto the monthly support amount.

Some children in Alaksa are eligible for Indian Health Services free healthcare. If this is the case for the child, neither parent will be responsible for paying healthcare coverage costs.

In addition to healthcare costs, parents are also equally responsible to cover reasonable healthcare expenses. These expenses fall outside of what is covered by health insurance.

Child support in Alaska with no visitation

The four child support calculations in Alaska are:

These calculations are based on the schedule of where the children live. The judge will issue an order stating the amount and starting date for payments. The judge will determine the amount of child support owed according to civil rule ninety point three.

This rule explains how to calculate the amount. Only in very rare circumstances that the court allow a variation from the rule. The judge will not sign the child support order based on the parent’s agreement to vary the support amount. The idea is that child support will allow either parent to properly support the child or support the child as best as the two parents could together.

If the kids live with each parent more than 110 overnights, the technical term is shared custody.

Both sides must provide the court with information about income as well as pay stubs w 2s and tax returns. The court needs to understand what your annual adjusted income is. This is your gross income minus allowable deductions from civil rule ninety point three. Incomes for child support purposes is not necessarily the same as income for tax purposes and deductions for child support purposes do not equal deductions for tax purposes. In general your income includes any and all wages payments and in kind benefits that your employer supplies such as housing and meals plus the PFC if you receive it.

Don’t include need based public benefit programs like SSI a tab or TANF. As deductions include what you pay for federal taxes Medicare and Social Security. Attach the child support paperwork to a complaint answer motion or notice of filing you need to make a copy for the other side and a copy for your own records. Remember you must serve the other side and you must also file a certificate of service with the court as proof that you have given the other side a copy of the documents. The court will make a decision and issue a child support order. The order will say who owes the support the amount in the starting date for payment.

The Alaska Child Support Services division or CSX  can collect and enforce child support orders issued by the court. CSX is not automatically involved in your case unless one parent applies for their services or the parent who has physical custody of the children receives a public benefit.

Can I stop paying child support in Alaska

The judge must make an order for child support whenever the court makes a custody decision. This is required by federal and state laws. The child support is calculated using a specific formula that is based on your parenting plan.

The court can modify a support order in Alaska based on two situations.

If you think that the support amount should change. You can file a motion to modify child support.

Judges in Alaska family court make their judgements on child support based on Civil rule 90.3

The full text of 90.3 can be downloaded here